The reason why acupuncture doesn’t work 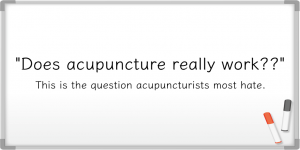 Many people would have this question, regardless of having experience of acupuncture treatment.

Normally, nobody tackle to this question from a stand point of acupuncturists’, because it would be absolute self-denying if conclusion were “null effect”.

If therapists charged for ineffective treatment, it would be criminal.

I’m sometimes asked by friends and acquaintance, “Does it work?”

Probably they ask light-heartedly. However, this is bigger question than any other.

When I’m asked this question, I feel like I’m asked “What is your meaning of existing?”

I think that many people want to ask this question to those who have acupuncture treatment, because If asking to acupuncturists, the answer is always “Yes”.

So, I’m gonna talk about acupuncture from both acupuncturists’ and patients’ view.

Let me get straight to the point, acupuncture work obviously in certain range.

This range depends on symptom and skill.

Well, there is no way that all acupuncturists can treat all symptoms.

So, “Does acupuncture work?” is the same as “Does surgery work?”. 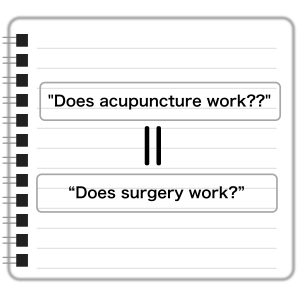 Surgical outcome depends on fluctuate in severity and surgeon’s skill. Acupuncture is the same.

I believe that the reason why acupuncture is doubtful is because of acupuncturists’ status. At least, in Japan, their status is at a very low level.

I agree that acupuncturist should make efforts more to raise their status. However, this is not only the reason. Their status was set originally, and here it is.

I don’t make excuse current circumstance. I knew it before chose this job.

When I was 16 years old, I had first acupuncture treatment. At that time, I was surprised and fascinated with acupuncture. “I didn’t know such a this amazing thing!”

However, I totally couldn’t understand why hospital don’t do acupuncture and don’t cover it.

On the other hand, there is a fact that some people cannot feel effect of acupuncture.

I realized the thing only after I became an acupuncturist.

It is… there is a difference of skill. 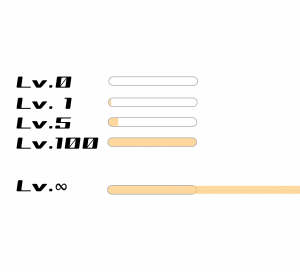 I don’t want to write “level 0” as an acupuncturist, but some acupuncturist cannot do anything. Sometimes, I also can’t. If I faced symptoms which I am not good at, I couldn’t treat it.

On the contrary, some symptom which cannot be treated by any other things can be dramatically better by acupuncture.

Acupuncture is a tool.

Cooks have a kitchen knife.

Even thought cooks have a knife, they cannot make good cheer without knowledge of how to use a knife.

Acupuncture needle is the most simplest tool than any other tools.

This is why difference of skill is obviously in acupuncture.

You can realize the essence of this matter from view point of music.

We have 10 fingers, but there are people who can play the piano and who can’t.

There are pianists who are acclaimed and who aren’t.

“Does acupuncture work?” Is the same question as “Do the piano get to hearts?”

Acupuncturist is being tried whether getting to patients heart or not.

Before denying, they have to explain why we are impressed with great pianist’s performance.

The reason why we are impressed is that our brain react it, then we move, right?

What we hear leads brain.

I mean that acupuncture lead brain via skin.

Nobody know what brain is completely.

So there is no wonder that acupuncture is veiled.

I think that acupuncture is tried how artistry it has. I feel beauty when I do treatment efficiency and when I see great skill, although when acupuncturist emphasize artistry too much, it make a wrong.

When I was a student, I had a famous fortune teller tell my fortune.

They told me “You are more suited for artist than medical worker.”

The skills that can be imitated and can not  →