The Flowing System & the Linkage System

The linkage system is SEIDO acupuncture’s original concept. Its aim is to get optimum motions of a body by adjusting the weight between two given points. The weight here means “heavy feeling.” Contrary to the flowing system, the effect at the local area is observed immediately after the needle insertion.

The Tension Theory & the Meridians

※Please check the definition of the linkage system on our guidance page.

The reason I put the ease of narrowing down causes as an advantage is that I think it is difficult to do so with the meridian theory. In other words, acupuncturists have a habit of thinking lines even when a complaint is at a point.

Is Answering a Point with a Line Acupuncturists’ Habit?

Releasing a pain point using a meridian (a line) does give you a clue of the cause, but it does not get you to the exact cause point. 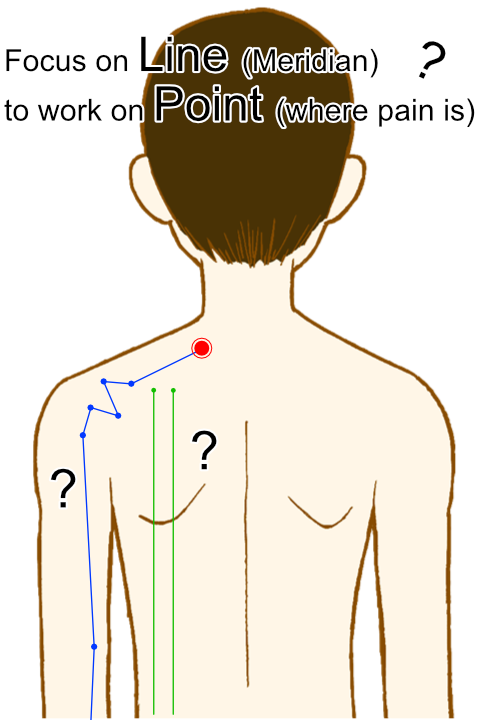 It is difficult to shift the way of thinking for acupuncturists who have a habit of thinking through the meridians (lines). However; if a complaint is at a point, you should be able to answer with a point.

“KAPPO (manual reviving techniques based on ancient martial arts)” is the origin of this way of thinking. Although KAPPO does not recognize the meridians, there are number of techniques to release muscle tensions immediately. The tension theory of SEIDO acupuncture was originally born by carefully observing human bodies and finding acupuncture points that have the same effect as these KAPPO techniques.

Because the tension theory is derived from KAPPO, the two points pulling each other are not necessary on the meridians. You must think separately from the meridians. 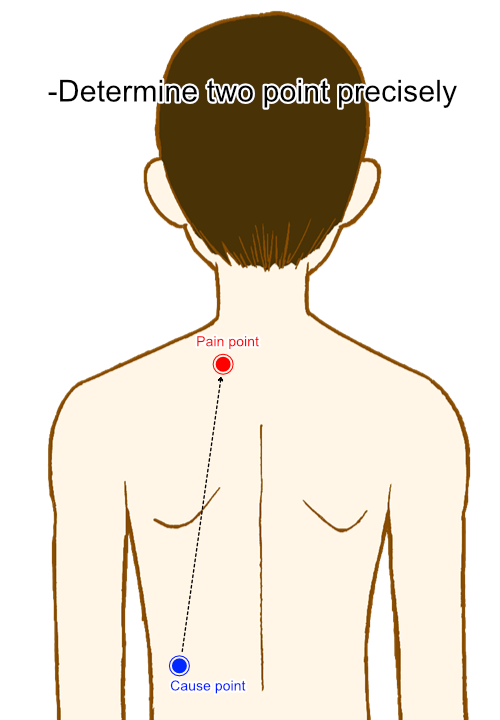 Answering a Point with a Point

If you can accept this way of thinking, you now can gain another powerful tool in addition to what you have already practiced until today.